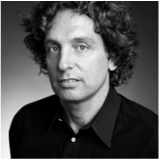 Jim Papoulis composes in many genres and is known for work that combines contemporary, classical, and world sounds. Papoulis has made significant contributions to choral music by revitalizing the choral repertoire with songs whose roots are classical and world, with voicing that incorporates lead vocalists with choirs, vocal percussion, and world rhythms. His choral work often is sung from the perspective of the singer, and is constantly inspired by the work he does through the foundation for small voices. He firmly believes that music can heal, educate, celebrate, and empower the lives of children.

Cara Bernard is assistant professor of music education at the University of Connecticut in the Neag School of Education, where she teaches courses in choral and elementary methods and supervises student teaching. As a sought-after clinician, Dr. Bernard has been invited by choral organizations and state music education associations across the country to give presentations, workshops and performances. She has conducted, performed, and prepared choruses for performances at Carnegie Hall, Avery Fisher Hall, Lincoln Center’s Rose Theater, the 92nd Street Y, Merkin Concert Hall at Kaufman Center, and Symphony Space, in addition to a number of other venues throughout New York City.

Dr. Bernard worked as a conductor for the award-winning Young People’s Chorus of New York City Satellite School Program, which annually brings a unique music education program to more than 1,000 children in New York City public schools. She is director and conductor of the Count Me In program at Carnegie Hall, designing and implementing a vocal and choral curriculum for beginning-level middle school music students. Prior to these appointments, Dr. Bernard enjoyed many years of teaching high school in the New York City public schools. Currently, she is the co-music director of SoHo Voce, a women's a cappella ensemble based in New York City.

PROGRAM
Powder Blue Lennie Niehaus
Fly Me to the Moon Howard, arr. Mark Taylor
Watermelon Man Hancock, arr. Mike Kamuf
Groovin’ Hard, Dave Barduhn
Mr. Ferguson is the K-8 Music Coordinator for the Northborough Public School System. His teaching duties include directing the 7th and 8th grade concert bands as well as the Jazz Ensemble. Mr. Ferguson graduated cum laude from the University of Massachusetts/Lowell College of Music in 1982 with a Bachelor of Music degree in Music Education and a Masters of Music Performance/Conducting in 1984 with a graduate assistantship in conducting. While at UMass/Lowell he studied percussion with Everet Beale, Fred Buda, and conducting with Willis Traphagan.

Peter Martin is a Professor of Music at the University of Southern Maine and conductor of the Portland Youth Wind Ensemble and the Casco Bay Wind Symphony A native of Bensenville, Illinois, he holds a Ph.D. degree in music education from Northwestern University. His principal teachers include Charles Baker, John Boyd, John Paynter, Bennett Reimer and Alan Stout.

Dr. Martin maintains an active conducting schedule and has conducted performances in England, France, Switzerland, Italy, Austria, Germany, Holland, Belgium, and Luxembourg. In London he has appeared at the Barbican Centre and St. Paul’s Cathedral; in Venice at St. Marks Square; in Innsbruch at the Olympic site; at the Piazza Riforma in Lugano, Switzerland; and roadside at the Tour de France. In the U.S. he has conducted in over 30 states including California, Vermont, Texas, Wisconsin, New Hampshire, Illinois, Massachusetts, Indiana, Florida, Minnesota, Georgia, Maine, Washington, D.C., and Colorado. He is a resident of Hollis Center, Maine and Jupiter, Florida.

Peter Martin is a published author in the United States and in England, has edited and arranged compositions for wind band, and appears in Who's Who in America and the International Who's Who in Music. He has been cited for excellence as a distinguished educator and was selected for inclusion in Who's Who Among America's Teachers and is the recipient of a University of Southern Maine Outstanding Teacher/Scholar Award. He is an awarded member of the Honorable Order of Kentucky Colonels.
ORCHESTRA - Cynthia Woods, Conductor
Matt Sexauer, Orchestra Manager, Chelmsford Public Schools
Julie Frias, Assistant Orchestra Manager, Marblehead Public Schools

Hailed as a conductor with gusto and exuberance (Jim McDonald, the Boston Musical Intelligencer) whose performances have dynamic and immersing outcomes (John Galigour, the Sun Valley News), and recognized for her intelligent and out of the ordinary programming (Vance Koven, Boston Musical Intelligencer), Ms. Woods has become a recognized and respected conductor in the Boston community and beyond. The Music Director for the Cambridge Symphony Orchestra, Ms. Woods is also a frequent guest conductor, having performed across the U.S., Europe and South America.

Ms. Woods began her conducting career with a literal bang, making her debut with Stravinsky’s iconic masterwork The Rite of Spring and the massive 118-piece Worcester Consortium Orchestra. Since then she has gone on to a successful career, winning acclaim in all idioms, including opera, choral, chamber, and symphonic orchestra. She has collaborated with some of today’s great artists, including Joan Tower, Lisa Bielawa and Alexander Korsantia, as well as recently serving as the Music Director for Oscar winning director Morgan Neville’s (20 Feet from Stardom) newest documentary.

​Along with her conducting activities, Ms. Woods is also a frequent speaker and writer. She has been a guest lecturer at institutions such as MIT and the Longy School of Music of Bard College, a panelist for radio shows such as WGBH’s Callie Crossley, and a frequent contributor to The Boston Herald’s State of the Arts blog. She was awarded a scholarship to study with the Grammy award winning Takacs String Quartet at the University of Colorado Boulder, received the Dean’s Talent Award while doing her graduate studies at the Hartt School of Music and won a full fellowship to study composition at the prestigious Atlantic Center for the Arts. In addition to her current roles as Music Director and guest conductor, Ms. Woods also serves on the violin, chamber and conducting faculty of the New England Conservatory’s Department of Preparatory and Continuing Studies.