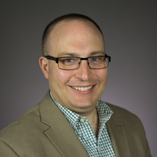 Dr. Justin J. Mertz is Associate Director of Bands at the University of Northern Iowa. He directs the Panther Marching Band, conducts the Symphonic Band, and teaches courses in music education. Prior to his appointment at UNI, he was Assistant Director of Bands and Director of Athletic Bands at Syracuse University, where he was co-conductor of the Wind Ensemble and conductor of the Symphony Band and Concert Band. A native of Massapequa, New York, he has held teaching positions in the Alief Independent School District in Houston, Texas, and the Westmoreland Central School District in Westmoreland, New York.  His groups have undertaken several notable performances, including the Panther Marching Band at the St. Patrick’s Festival in Dublin, Ireland, and under his direction the Syracuse University Marching Band performed for numerous postseason bowl games, NFL games, CFL games, the Heisman Trophy Gala in New York City, and Super Bowl XLVIII. Additionally, he writes drill for competitive high school marching bands in the Northeast and Midwest. He holds Bachelor’s and Master’s degrees from Syracuse University and a Doctor of Musical Arts degree from at Boston University.
Dr. Mertz has contributed to the educational series Teaching Music Through Performance in Band, produced or conducted on a number of SU Wind Ensemble and UNI Wind Ensemble recordings for Mark Records. His professional memberships include the College Band Directors National Association and the Iowa Bandmasters Association. Dr. Mertz is an active guest conductor, clinician, and adjudicator throughout the United States, where he works with students at all levels.
ORCHESTRA - Charles Peltz, Conductor
Michael Coehlo, Ipswich Public Schools, Manager
Jessica Billings-White, Assistant Manager
​
PROGRAM
An Outdoor Overture - Aaron Copland
Berceuse and Finale - Igor Stravinsky, arr. Merle Isaac
Choral Prelude - “Wachet Auf, ruft uns die Stimme” - J.S. Bach, arr. Eugene Ormandy 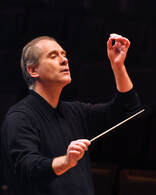 Charles Peltz is completing twenty seasons as the Director of Wind Ensembles at the New England Conservatory of Music as well as serving as Music Director of the Glens Falls Symphony Orchestra.  He served eight years as resident music director of Boston’s Fiddlehead Theater Company (winning the coveted IRNE for Best Music Director), eighteen summers at the Luzerne Music Center and as a staff conductor with both the Syracuse Symphony and the Buffalo Opera Company.  His guest conducting has included acclaimed appearances in the Lincoln Center Festival in New York, regular guest conducting in diverse and international ranging from the Orquesta Nacional in Bogota, Colombia and  the Cross Border Orchestra of Ireland to musical preparation with American Repertory Theater.  Past seasons have included appearances with the Pacific Symphony, Hamilton Philharmonic, Buffalo Philharmonic, New Jersey Ballet, Delaware Valley Philharmonic and numerous concerts with the North American New Music Festival.  Mr. Peltz has six recordings on the MODE label, one of which won a French “Palm d’or”.  His varied collaborations include those with classical artists Sarah Chang, Paule Robison and Ursula Oppens to film composers Howard Shore and Michael Kamen to jazz artists Chris Brubeck and Tony De Sare.
He has conducted numerous high school honors orchestras and bands across the country in concerts from Carnegie Hall to the Texas All-State to the Southern California Honors.
As an award winning educator (The Krasner Award at NEC and the Plesur Award at SUNY Buffalo), Mr. Peltz has also held positions at Harvard, Ithaca College and SUNY at Buffalo.  Mr. Peltz holds a Master of Music degree from the New England Conservatory of Music, (Distinction in Performance and Academic Honors) and a Bachelor of Music degree from Ithaca College.  His teachers include Murry Sidlin at the Aspen Music Festival, Frank Battisti, Pamela Gearhart, Richard Woitach, and Donald Hunsberger. 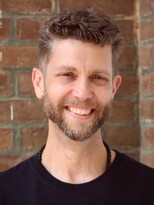 Ian Loeppky, originally from Winnipeg, Manitoba, Canada, has been Professor and Director of Choral Activities at the University of North Alabama since the fall of 2003. His studies began at the University of Manitoba, continued at the University of Minnesota with Kathy Romey, and finished at the College-Conservatory of Music in Cincinnati with Earl Rivers and Stephen Coker. He has also studied with Helmuth Rilling, Dale Warland, Frieder Bernius, Martin Isepp, Charles Bruffy, and Bobby McFerrin. He is a member of the American Choral Directors Association, the National Association for Music Education, the National Collegiate Choral Organization, the Alabama Vocal Association, the International Federation for Choral Music, Choral Canada, Phi Mu Alpha, and Pi Kappa Lambda. He is a member of the editorial board forAnacrusis, the journal of Choral Canada. 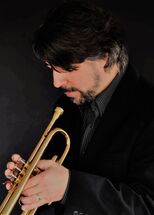 Thomas Palance is known for his versatility as a trumpet player and innovative teacher. He has retired from the US Navy Band in Washington DC after 20 years of service. At the band Tom held positions of assistant principal trumpet and soloist with the concert band, and soloist with the Commodores Jazz Band.  Tom has performed with many well know artists such as Diane Schuur, Room Full of Blues, The Temptations, Clark Terry, Dizzy Gillespie and Arturo Sandoval. In 2005 Tom relocated to Ipswich, MA with his family where he is a freelance trumpet player, composer, conductor and teacher. Tom is on the faculty at Salem State University and The Berklee College of Music. Ten years ago, Tom founded the Salem State University Summer Jazz Program, and The New England Jazz Camp. He has taught at SYMS, and The Berklee Jazz Festival. He also is the Music Director of The Orchestra On The Hill, a professional orchestra based in Ipswich, MA. Tom released three CDs, the latest two titled “Reflecting Forward” which features his original compositions and “Duets” which is a collection of free improvisation with Chris Florio using a sound processor with guitar. Tom is also featured as a trumpet soloist on many other CDs including those by Ryan Parker, Peter Iannitto, Manuel Kaufman, and John Gabriel.